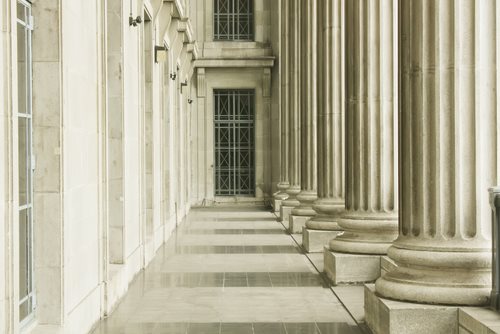 What is an Appellate Court?
An appellate court, which is also referred to as an appeals court or court of appeals, is any court system of law that is given the power to hear and process an appeal of a trial court or other lower tribunal hearing. As a result of this definition, an appellate court in the United States and other common law jurisdictions is given the authority to retry any previous verdicts or court rulings of a lower court.
Appellate Briefs:
The individual filing the appellate, known as the appellant, is given the opportunity to re-examine their verdict through a specific right granted in the United States Constitution. To engage in this process, the appellant must file appellate briefs to the corresponding appellate court. The ability to effectively engage in a court appellate will differentiate based on a case by case basis; however, it must be noted that appellate briefs are costly and will not offer any new evidence or testimonials to the court appellate.
Appellate briefs therefore are reexaminations that do not include any new theories or arguments made by the appellate. Appellate briefs, in addition, do not take the form of a typical trial; the court appellate is administered solely by the legal professionals who will prepare written briefs and sometimes oral arguments to facilitate the evaluation of the previous court procedure.
Court Appellate Procedures:
In the majority of jurisdictions throughout the United States, the appellate court system is divided into at least three categories or levels: the trial court, which is the stage that initially hears or tires cases to subsequently review them; during the process the court system (judges or a jury) will evaluate all evidence and testimonies attached to a case to determine the undeniable facts of the case; an intermediate appellate court; and lastly a supreme court or highest court, which will review decisions previously rendered by the intermediate courts.
The Supreme Court, therefore, is a kind of appellate court, which is responsible for affirming decisions through a review of statements and arguments to qualify a previously rendered verdict.
Although the United States maintains a distinct classification system for the appellate court system, each appellate division and their underlying rules and regulations will vary from country to country. Furthermore, the differentiation present in rules and regulations will invariably place incongruences in regards to the appeal process.
Understanding your particular jurisdiction’s rules and regulations regarding the appeal process will streamline your application; furthermore, understanding the appeal processes for your particular case and subject matter will also streamline your ability to obtain a hearing in an appellate court.
Court Appellate’s ability to review:
The generic appellate court possesses the ability to review a decision of a lower court; however, the lower courts in which cases they review will vary widely from one jurisdiction to another. In some jurisdictions, the authority of the appellate court will be limited; for example, in the United States, both the federal and state appellate courts are typically restricted to examining whether the below court offered the correct legal determinations in the previous hearing, rather than hearing direct evidence and determining what the actual facts of the case were.
That being said, no new information is offered in an appellate court; the appellate court, in the United States, is typically restricted to hearing appeals based solely on matter s that were originally brought up before the trial court.